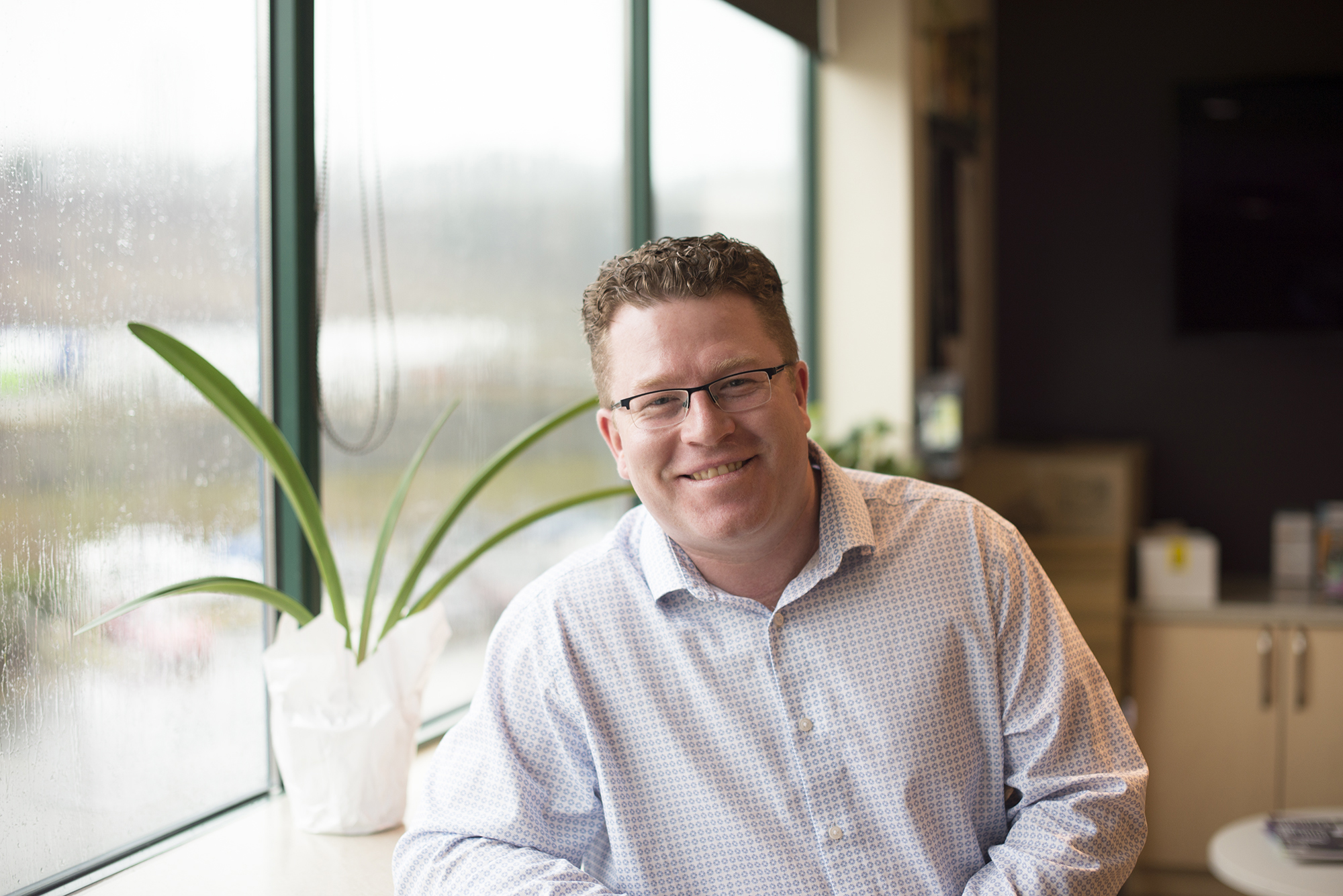 “The long-standing relationship we have with the community and growers continues on with the staff. They eat, breathe, believe in and are committed to local, we buy local. We don’t deviate from that.”

How long does it take for a home-made salad dressing to go from local phenomenon in small town British Columbia to the shelves of 270 grocery stores from Vancouver Island to Northern Ontario?

When the dressing is this good, and Sobeys West Business Unit local development manager, Travis Shaw gets a taste, it can happen in four fast months. Remarkable.

Sobeys and Thrifty Foods share the same values, including an abiding preference for locally-sourced food in their stores is one of those. It’s a big one for Travis, who loves discovering new, local products to stock the shelves of Thrifty’s, Safeway, Sobeys and other banners from Lake Superior to the Pacific Ocean.

Like Sobeys builder Frank Sobey, who combed the meadows of northern Nova Scotia 50 years ago for fresh local lamb, Travis travels the byways of B.C. and the West, searching out local produce and products for stores in the communities nearby.

And like Sobeys, the 23-year veteran of the food business is not driven by price. He’s driven by a desire to support local communities and businesses, and provide a premium product at a reasonable price to customers.

Strong, economically viable communities made Canada what it is today and they are vital to Sobeys’ stores, whatever the banner, from coast-to-coast.

“There’s just something about finding a local vendor, and seeing that vendor become a more successful operation” because of the quality of the product and the access to a market provided by a large grocery chain.

“To play a part in someone else’s success based on what we can do as a company is incredibly gratifying work,” Travis says.

Soon Sobeys will have vendor hunters in every region across Canada. Travis got training from Sobeys’ vendor prospector, Steve Read who has been hunting local products in Atlantic Canada for years.

The salad dressing? It’s called Three Diamond Dressing, and is a must-have for folks in Osoyoos in the Okanagan. Requests come from people across Canada who tasted it in Avgoustis “Gus” Tsigonias’ restaurant or at the road-side stand in his adopted home town. 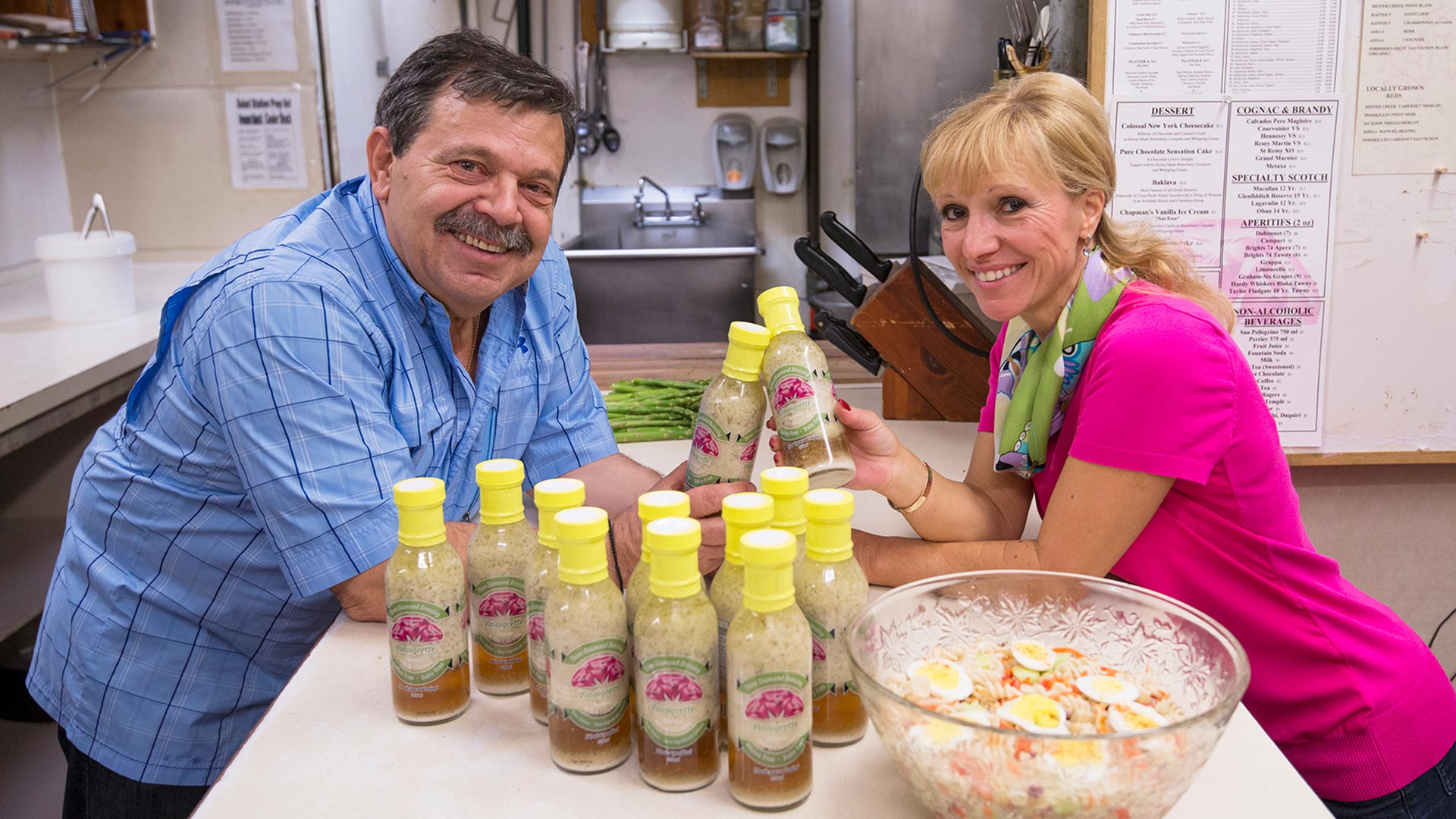 Avgoustis “Gus” Tsigonias and his wife, Maria, first started selling their Three Diamond Dressing in their restaurant and in roadside markets in the Okanagan before Travis Shaw helped them bring it to a wider market. The dressing is now in 270 stores.

Born in Athens, Gus came to Canada at 16, learned English, French and the restaurant business in his uncle’s Montreal eatery where he worked his way from busing tables to cooking.

To see more of Canada, Gus drove his truck west and fell in love with the Okanagan and Osoyoos.  He was befriended and went to work for the owner of a restaurant called Diamond Steak and Seafood House. It was there that Gus created the recipe for his Greek vinaigrette, met his wife and life partner, Maria and started a family that grew with four sons and, so far, four grandchildren.

After running his own restaurant in Coquitlam for a decade – where the dressing helped draw a steady flow of customers – Gus jumped at a chance to buy Diamond Steak and Seafood House in Osoyoos, and his family was home again.

His menu features salads, and as more people became familiar and fell in love with the house dressing, requests for the recipe were politely declined, but suggestions that he bottle and sell it struck a chord.

“You have liquid gold here; you should sell this; the kids won’t eat salad anywhere else.” Were common comments, so Gus started making quantities of the sought-after dressing, bottled it with Maria’s help, sold it first in the restaurant, and later at Fernandes Fruit Market in Osoyoos.

It was called Three Diamond Dressing when Travis found it in July of 2016. Gus could produce the best dressing folks had ever tasted, but to grow and thrive, he needed help. Enter Travis and Sobeys, who set him up with a co-packager and had the distribution and marketing assets Gus needed.

“He had the vision. He had the product. All we did was help bring it to life, and in the process made a friend and established a partnership,” said Travis.

Gus is now 64 and his Three Diamond Dressing is selling in 270 stores.

Thrifty’s highlights local products like Three Diamond Dressing through its “We Pick B.C. First” program. Local vendors are featured in a variety of ways that connect consumers with products that come from just down the road.

“The long-standing relationship we have with the community and growers continues on with the staff. They eat, breathe, believe in and are committed to local,” says Travis. “We buy local. We don’t deviate from that.”

That philosophy sounds familiar to the fifth generation of Sobeys grocery store family.

Next week we share the story of Steve Read and the most famous vendor he has discovered. Here’s a hint: It’s a sweet story.