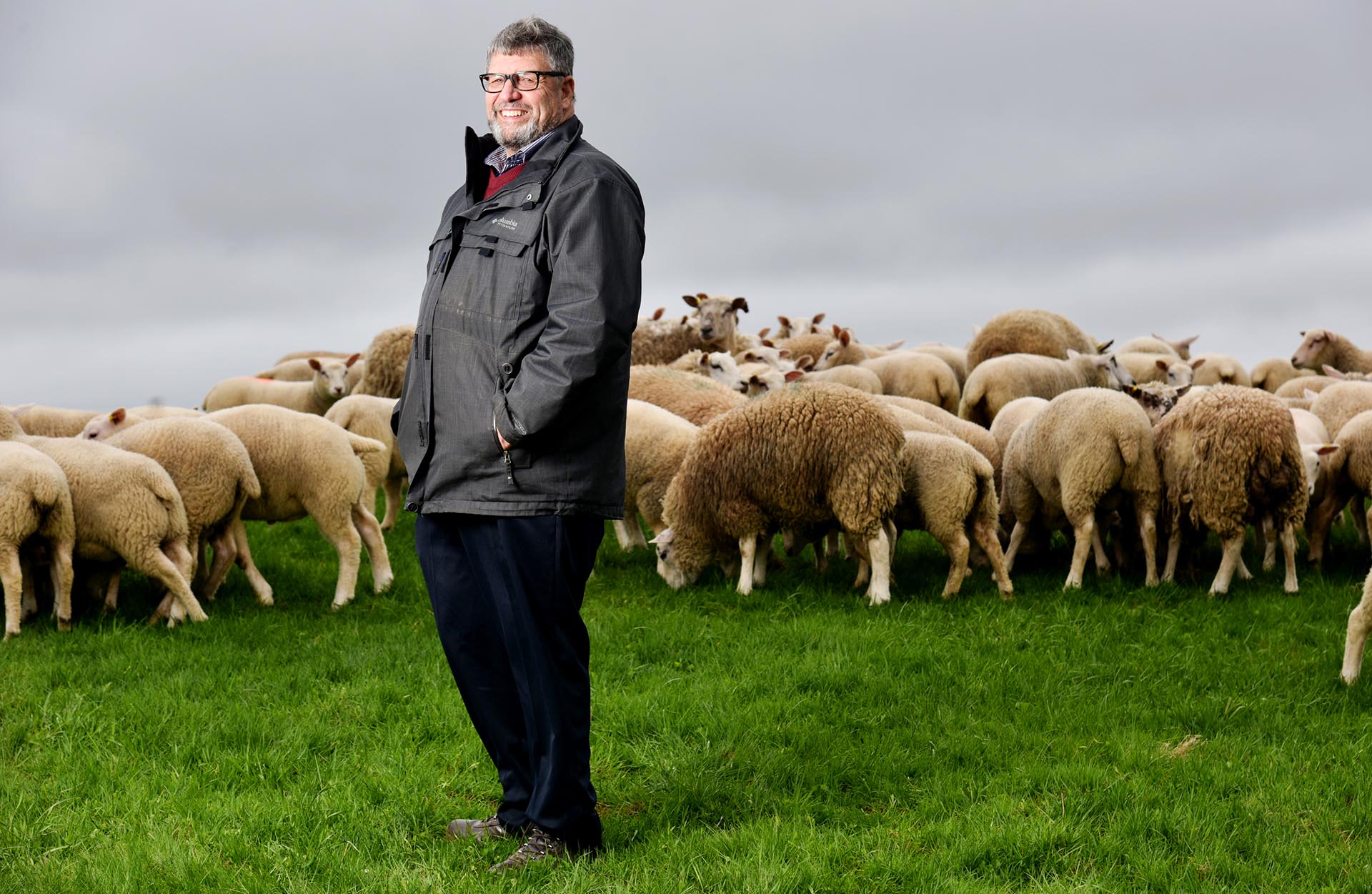 A 200-pound hamburger and a drive in the country are unlikely elements of a business story that have served Sobeys well through five generations of growth and expansion across Canada.

Since 1907, when J.W. Sobey started selling locally grown meat from his horse and wagon in Stellarton, Nova Scotia, Sobeys has never veered from its buy-local preference or its commitment to top quality meat. To this day, Sobeys consumers can buy fresh local lamb and beef.

The national chain played a critical role in reviving both sectors on the East Coast. Just last year, Sobeys and Atlantic Beef Products, a Prince Edward Island-based beef farmers’ co-op, partnered to ensure that all beef sold by Sobeys on P.E.I. would be Island beef. In doing so, it stabilized and strengthened the beef sector, and helped it take advantage of the growing market for Halal beef that has resulted from Syrian refugees and other Middle Eastern immigrants coming to the region.

Sobeys’ role in the development of the Nova Scotia lamb industry, 50 years ago, has become the stuff of legend. You don’t get far into the story with a Nova Scotia lamb producer before he or she finishes the tale for you. In almost a half-century, it may have been embellished or amended depending on the teller, but it always starts with a drive in the country. 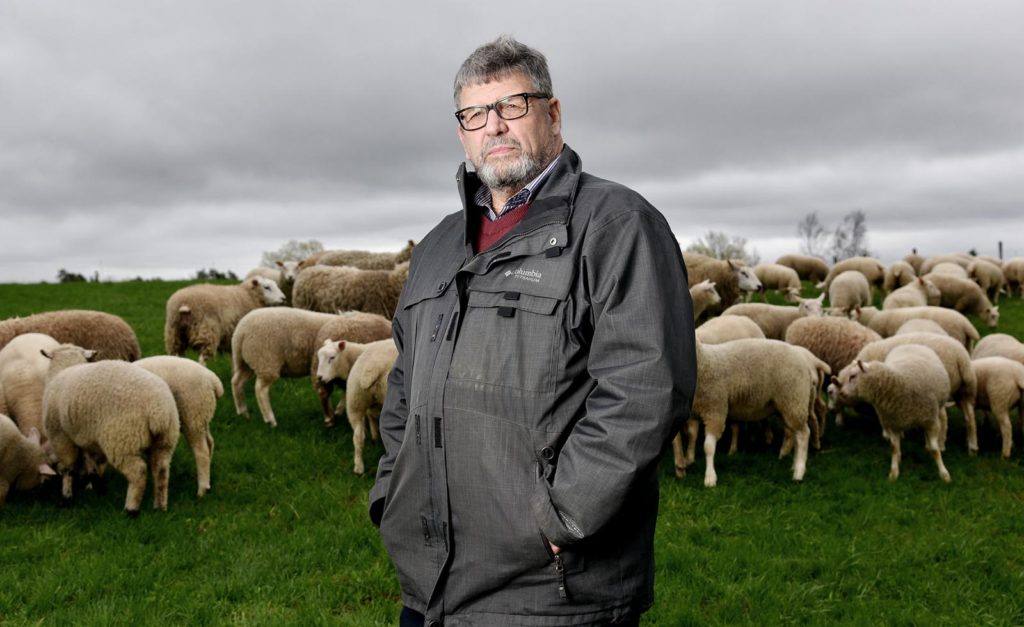 Michael Isenor, manager of NorthumberLamb Marketing Co-op Ltd. NorthumberLamb was established in 1982 after Sobeys provided a guaranteed market for all the lamb that farmers in Nova Scotia could produce.

Michael Isenor, general manager, of Northumberlamb Co-op, was a sheep farmer 45 years ago, and knows the story well.

“Frank (Sobey) brought a top-notch meat man named Ron Young in from England as his meat manager, and told him he wanted fresh Nova Scotia lamb for the stores. Ron said ‘you can’t get it’.” That conversation led to the truck and the drive in the country.

Frank was at the wheel and Ron the passenger, as the two crossed northern Nova Scotia looking at fields dotted with sheep and lamb; Frank asking all along the way why his manager can’t get local lamb.

At the time, lamb producers sold to some local restaurants, a few small retailers and sent most of their product to Quebec for processing.

Soon after Sobeys stepped up and provided a guaranteed market for all the lamb that farmers in Nova Scotia could produce, everything changed. By 1982, NorthumberLamb was established as a seven farmer co-op.

Today the co-op buys from more than 100 farmers in the three Maritime provinces, operates a federally inspected processing facility in Truro, and last year reached more than $2.5 million in sales, about two-thirds of that to Sobeys.

Michael Isenor said Sobeys bought the lamb as fast as NorthumberLamb could supply it. “They’re always fair with the producers and didn’t quibble on the price.”

Frank Sobey learned respect for farmers as a teenager buying local meat for his father, J.W.’s store. That respect guides the company today.

Frank said he learned more about business from those farmers than anywhere else. “Make sure the farmer gets his money right away, because he is working out of his rear pocket,” Frank told the accounting staff.

Sobeys is willing to pay more for local lamb than for frozen product from New Zealand or Australia, and its customers are too.

“Chefs at the best restaurants will tell you that there is no better lamb in the world than Nova Scotia lamb,” said Michael, adding that P.E.I. and New Brunswick sheep farmers don’t seem to mind the “fresh Nova Scotia lamb” label on their product either. 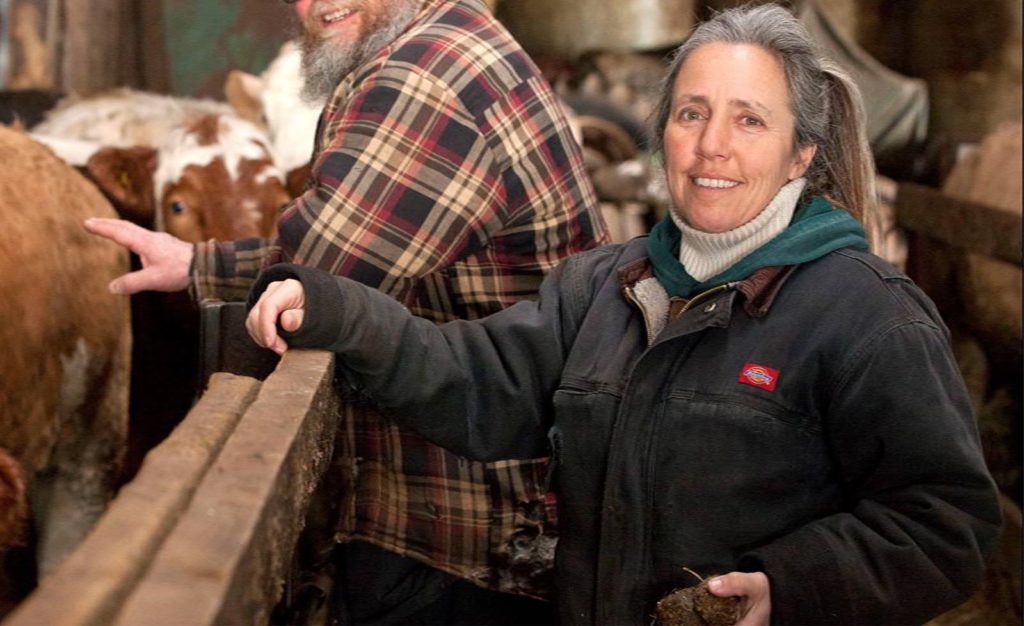 Farming beef cattle on P.E.I. is a demanding occupation that pays off in some of the best-tasting beef there is, says Darlene Sanford.

SOBEYS BOUGHT LOCAL LONG BEFORE IT WAS POPULAR

Prince Edward Island beef farmer Darlene Sanford says when Sobeys in Charlottetown cooked up a 200-pound hamburger made from 100 per cent local beef, the industry knew it had come of age.

Farming beef cattle on P.E.I. – a summer paradise but a freezing, wind-swept island in winter – is a demanding occupation that pays off in some of the best-tasting beef there is, says Darlene attributing that to the red island soil, the warm summer sun and the salty sea air.

The buy local mantra has gained a new popularity in recent years for very good environmental reasons but Sobeys has been at it for 11 decades. A commitment to Local First meets customers’ tastes, so it makes good business sense along with helping to ensure strong and stable local communities.

A national food chain that started as a local meat wagon hasn’t strayed from the values learned from those humble beginnings. Across Canada, Sobeys still prefers to buy local, and is always on the lookout for top quality local products.