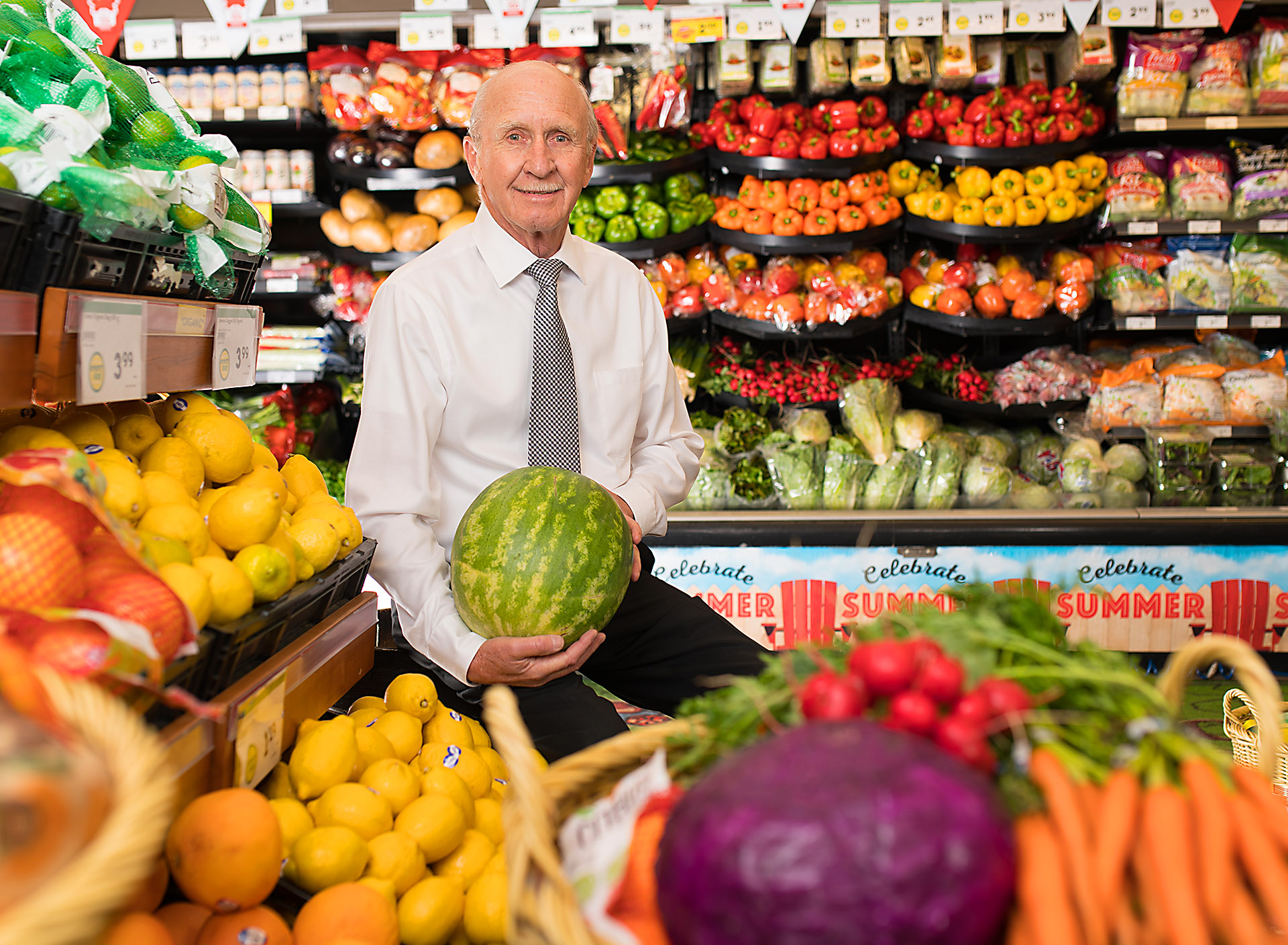 “We’ve been extremely lucky in attracting staff who go the extra mile, we just treat everybody like family, and hope they work like family and treat customers like we do.”

Imagine the changes Andy Taschuk has seen and made to his grocery store in 52 years. But the most important things – great employees who give customers great service – never change.

Andy and his IGA in West End Edmonton are inseparable from the community, as a business and as a neighbour. Andy and his wife Gerrie lived three doors from the store for years, before moving his growing family to a larger house, a few blocks away.

Andy’s commitment to the community is renowned in his extended neighbourhood, but he prefers to focus conversation on the customers to whom he feels a responsibility to provide exceptional service.

He talks easily about the food business, incredible customer service, his wonderful employees and his pride in his family. But his quintessential Canadian humility surfaces when he’s prodded to talk, just a bit, about himself or his community contributions.

A mountain – a climbing wall really – in the neighbourhood centre playground that everyone else calls Andy’s Mountain, is a place he refers to as the IGA climbing wall.

His stints coaching little kids in soccer and hockey were fun, and his own kids were involved; a familiar story in communities coast-to-coast.

He’s proud that some of his children followed him into the business. When his daughters’ children were very young, they came to the store, where a playpen in the file room was added for the naps.

Andy worked hard to know and understand his customers, their needs and preferences. He worked equally hard to meet those needs, and to treat those customers like family. 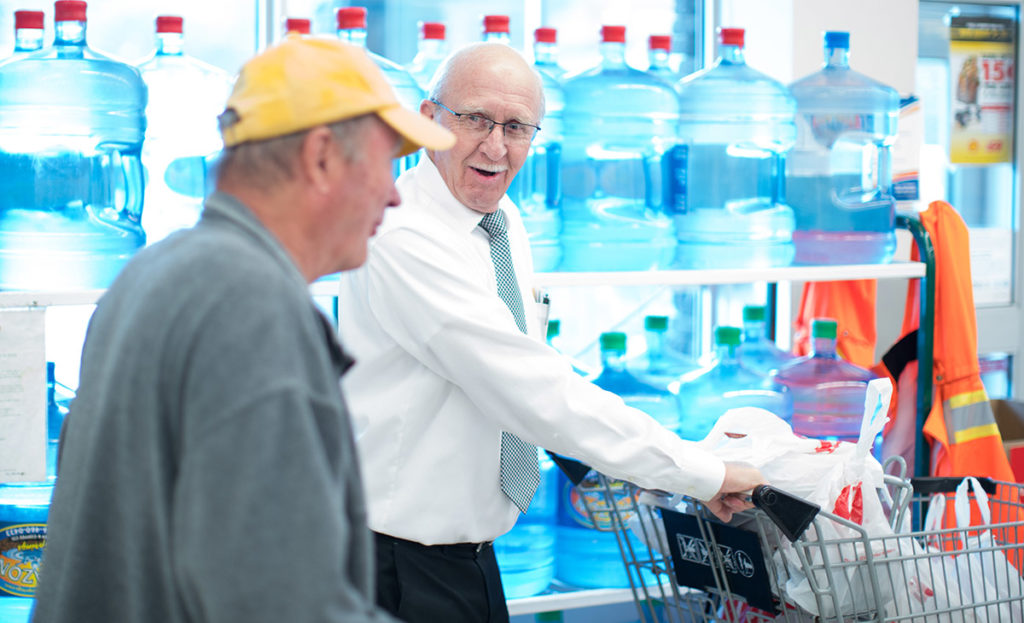 His contributions are teased out amid his insistence to remember mentors for teaching him the food business and giving him his chance. At the top of that list is Jimmy Clarke, the Scottish grocer who hired Andy when he was still in high school.

“My first job, and the only one I had that wasn’t in the grocery business, was delivering newspapers when I was about nine,” Andy reveals.

Jimmy Clarke also gets the credit for moving Andy up the line to management, and when Clarke bought another store, Andy became the assistant manager. In 1965, Clarke scooped up another store owned by Horne and Pittfield, which was failing and in receivership.

Andy and Jimmy became partners in that store, with Clarke putting up capital and Andy the sweat equity to turn the operation around. The rest, as they say, is history.

Today, Andy can be found anywhere from the office to the cash register. Two daughters and three grandkids work there, and Gerrie is still around too. Top quality staff – like his grocery manager, who’s been with him 36 years – allow Andy and Gerrie to take a little more time off, and they take in the southern sun every year.

“We’ve been extremely lucky in attracting staff who go the extra mile,” said Andy. “We just treat everybody like family, and hope they work like family and treat customers like we do.”

Over 52 years, as loyal customers aged, many moved into the local seniors’ complex. The loyalty was returned.

“We have a lot of customers there, so we deliver. We phone them on Tuesday, take their orders, and on Wednesday pack them up and deliver them.”  That’s just part of the customer service ethic for Andy.

The neighbourhood’s Jewish community also has special needs, and Andy ensures they are met. He brings product in from as far as Montreal especially for those customers.

The big changes in the business over 52-plus years have included a much broader selection of fresh fruit and vegetables, the growth and expansion of deli and prepared foods and the demand for organics. Today, people are both busier and more careful with their diets than they were a half century ago.

“I still love it,” says Andy, adding the grocery business has been a wonderful experience; hard work, but rewarding, especially getting to know your customers.

The community and the city are home, and have a hold on Andy, who’s held Oiler season tickets since their WHA days in 1970. The seats are spread around so the family can all enjoy them, except of course Gerrie, who hasn’t been to a game since the Oilers traded Wayne Gretzky.