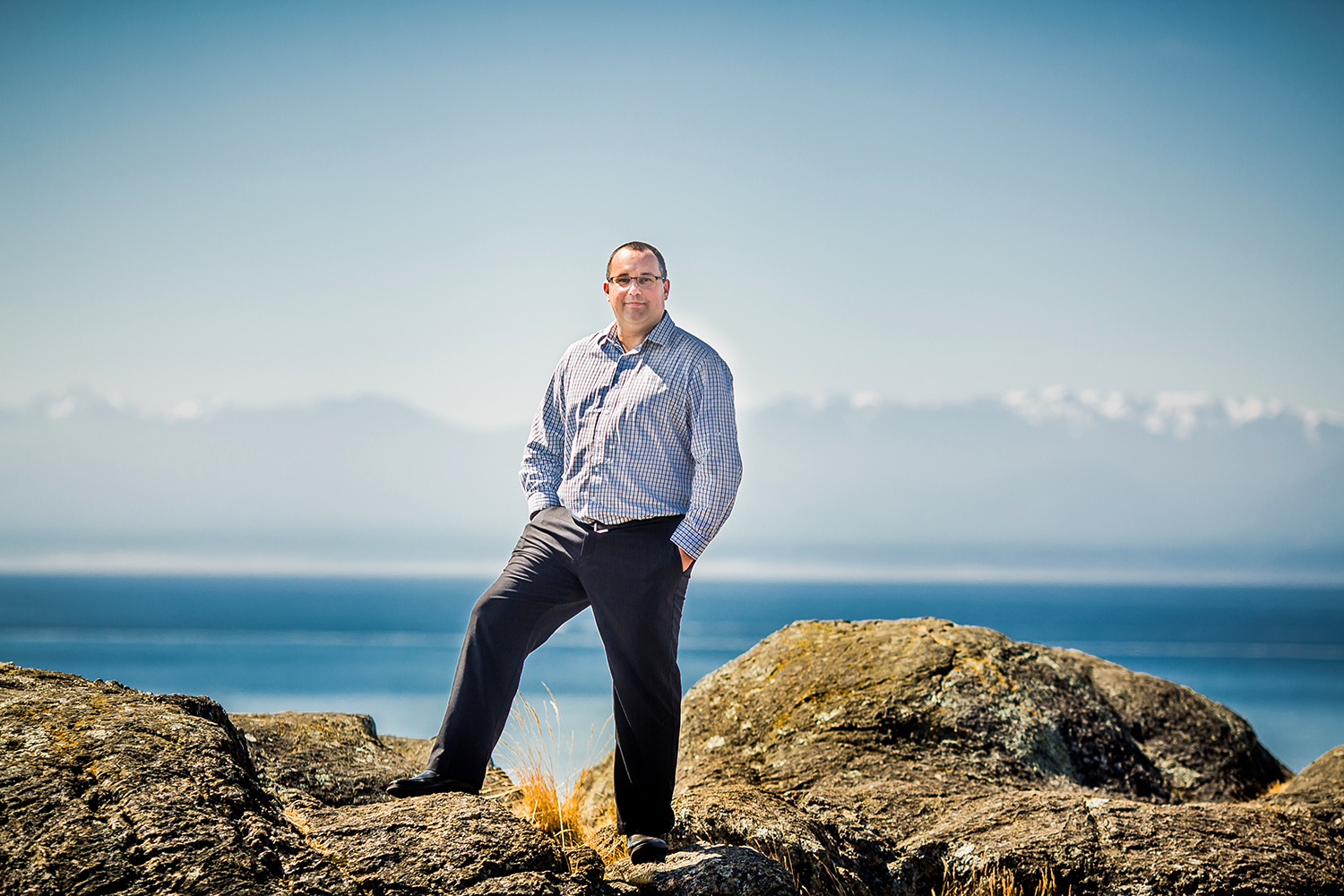 “It is amazing what comes from working with our people to build a great program. You find that customers all across this big, diverse, beautiful country just want the same thing: good food.”

Jason Bater’s love of seafood developed into a lifelong passion and career… despite his unfortunate childhood introductions to it at the dinner table.

Growing up, whenever his mother cooked seafood, she insisted on using a fork to energetically mash the flesh into a fishy porridge.

“I guess she was scared that her son would choke to death on a bone,” says Jason, 43. “But it was unidentifiable by the time she was done.”

There’s an irony in that. As director of Seafood Category Management for Sobeys West — which includes the Thrifty Foods, Safeway and Sobeys banners — his working days are all about how seafood looks and tastes, and even how it is caught.

Technically, Jason is the guy responsible for building the company’s brand in the most highly competitive seafood market in the country. Innovation is his calling card.

But his emphasis on putting customers and people first, on supporting local and stressing community, means that he’s also a shining example of the Sobeys way of doing things — a way that hasn’t wavered since the organization’s humble roots were forged back in rural Nova Scotia 110 years ago.

Those guiding principles are just words on paper without people to make them reality. Jason, who started working for Thrifty Foods as a 17-year-old high school student, is one of those employees who puts principles into action.

Today, guaranteeing that Sobeys’ seafood operation is “not just good, but great” — and builds “customer loyalty one at a time” — means ensuring that his company is the first to locate that sweet spot where “customer wants, market offerings and grassroots innovation all intersect.”

Jason’s commitment in this regard is encapsulated in his managerial mantra: “rust never sleeps” meaning that obsolescence is just around the corner, unless you stay one step ahead of it.

It led him, with the help of co-worker Michael Belbas, to create a unique program called Passion Training, which ensures the full seafood team — from office to retail — works together to make the Sobeys seafood program the best it can be. 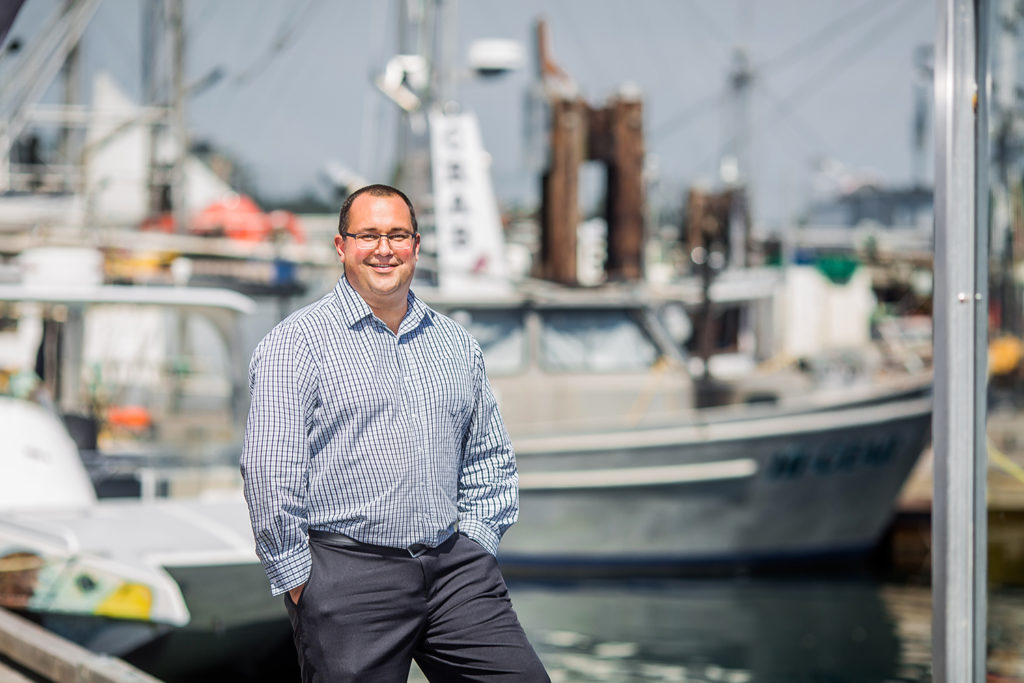 Jason Bater, Director of Seafood Category Management for Sobeys West takes his passion for seafood on the road, inspiring employees along the way.

The program is designed to create seafood destinations among all the stores carrying the various Sobeys’ banners in Western Canada. It doesn’t just happen. “We need to give our customers a reason to come to our stores,” says Jason.

Attendees at his Passion Training sessions learn how to create bold, beautiful, market-style showcases that are “chock-full of quality seafood” and also reflect the diverse assortment that customers demand.

The road to “wow” is about more than aesthetics and design. It’s about utilizing the program’s real driver: the Sobeys employees. “It is their passion, skills and service that make our seafood program really pop and come to life,” says Jason.

At the end of the program, employees can talk the customer through the purchase as well as the handling and preparation of the product they buy. He wants his people to be innovative in an old school way — capable of on-the-spot fish preparation, just like the fishmongers of yore.

The vibe, above all, has to be right. “I love having a lot of theatre and animation,” Jason says, “a boisterous department that is full of lively seafood chatter, maybe a couple of fish flying through the air and employees who are jumping over each other to be first to serve our customers.”

He’s just the guy to instill that kind of enthusiasm. While instructing, Jason passes on the podium and walks the floor in front of the room, speaking with gestures as much as words.

Jason likes to keep things light. It is the rare educational session, for example, that doesn’t include a Seinfeld reference. “I like there to be a dialogue (between he and the participants), to be lots of give and take.”

It works. Every region that jumps on the Passion Program sees its sales jump as well. The latest numbers show that the Sobeys and Safeway banners, combined, experienced a 20 per cent year-to-year increase in seafood sales after the training.

It helps that Jason has made it his personal mission to try to sell seafood in unexpected places: all the small Prairie towns across the West, as well as the big beef-eating cities like Edmonton and Calgary.

“It is amazing what comes from working with our people to build a great program. You find that customers all across this big, diverse, beautiful country just want the same thing: good food,” he says.

And, that Sobeys, with its emphasis on community and local, is also an exemplary corporate citizen. Consider the A+ rating that Safeway recently earned from SeaChoice, which measures corporate sustainability practices in procuring fresh and frozen seafood.

Under Jason’s direction, Safeway now gets more than 90 per cent of its seafood from sustainable sources, compared to barely half in 2012. “It is important for customers to know how their money is being spent and have confidence that what they buy is sustainable,” he says.

It also matters on a personal level to Jason. His daughter, 14-year-old Katarina, may not love fish quite like her dad does but it’s enough for him to know that she will grow up able to enjoy the taste of a sockeye salmon.