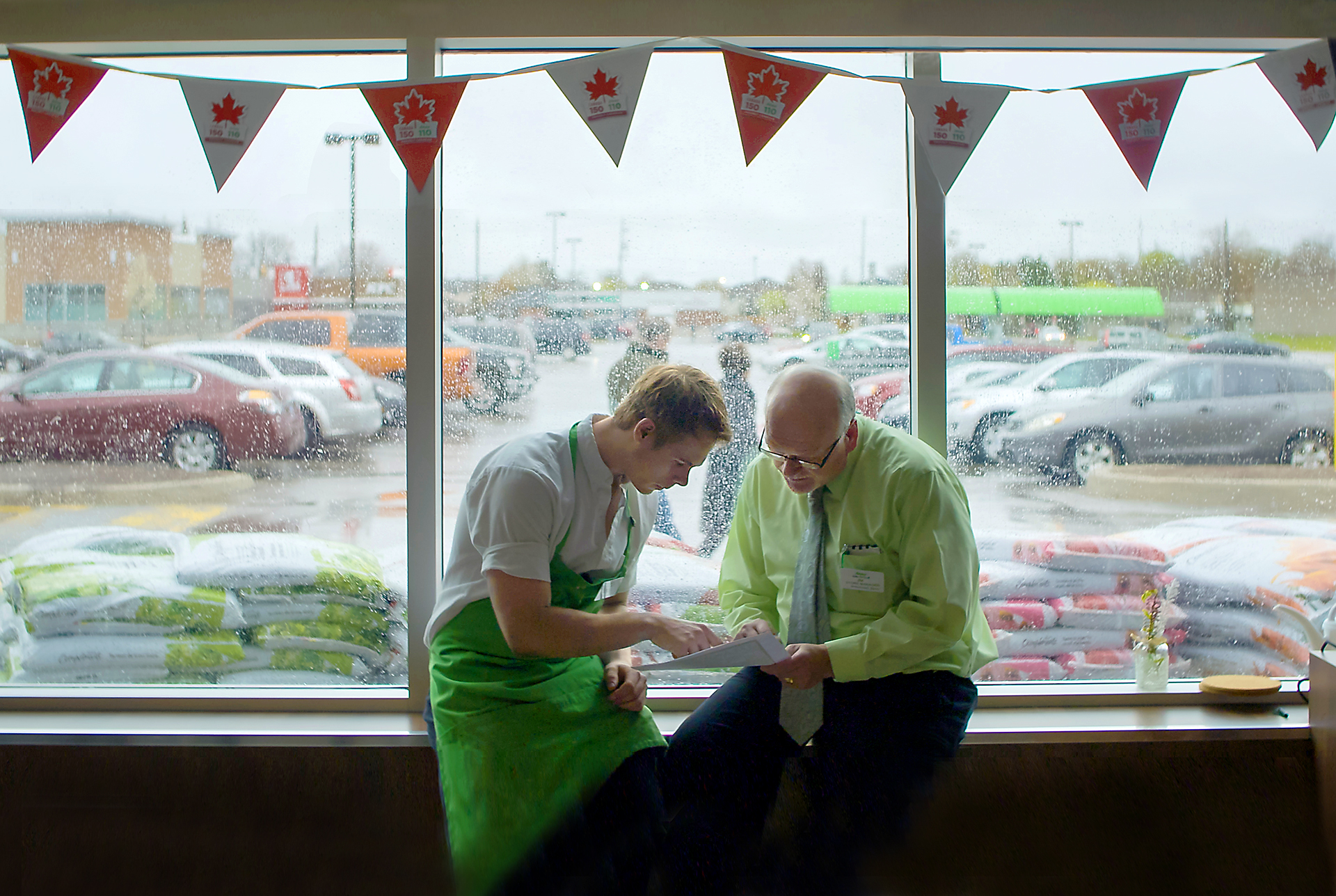 “Sobeys is about community involvement and I try and instill that in employees, I talk with them about carrying themselves well within the community.” 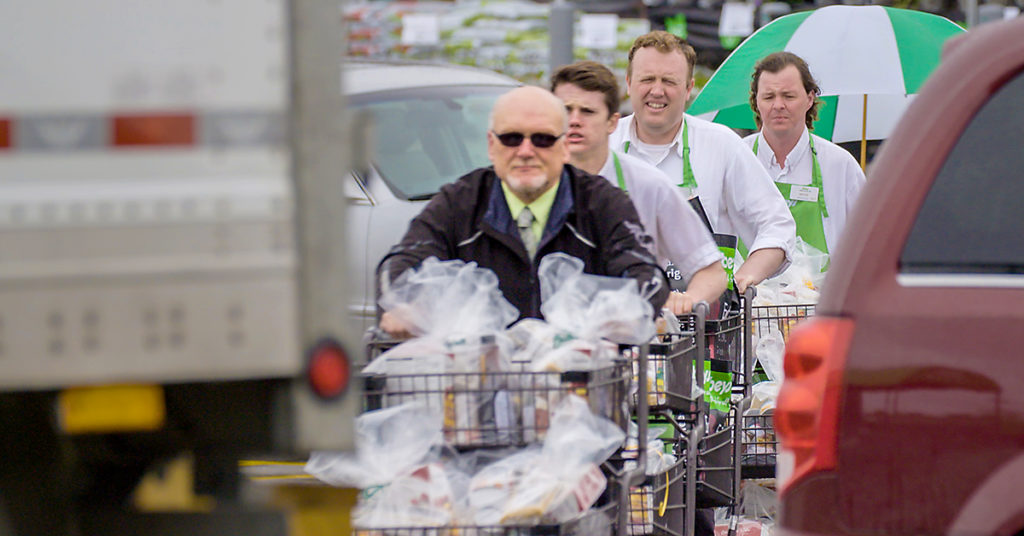 Manager Jim MacGregor busies himself around his Stratford, Ont., Sobeys store. With a heavy rain pouring down, the store is a bit quiet. Jim, however, is busier than usual. Four days into a weeklong city-wide food drive, he is focused on overseeing countless details.

“I’m both happy and sad today,” says Jim, his kind eyes twinkling as they seem to do virtually nonstop.

“I’m happy that the food drive is underway and that we are getting lots of donations,” says Jim, looking out at the 18-wheel trailer in the parking lot, a food drive banner draped down its side. “But I’m sad that this is even necessary, that there’s a need for food banks.”

The official goal of the food drive? Collect 50,000 pounds of food in one week by bringing together businesses and schools in a united effort to fill food banks at a time when shelves are often empty.

The unofficial goal? To empower his young staff to lead the food drive – and other community initiatives – in the future.

“Sobeys is about community involvement and I try and instill that in employees,” says Jim. “I talk with them about carrying themselves well within the community.”

The need for food donations to help citizens is universal in communities across Canada and yet it carries a stigma that Jim is determined to erase, at least for his community.

Sobeys Stratford is joined by countless stores and thousands of employees across Canada who look for ways to make better food possible for their local food banks. Each year, with the help of customers, franchisees and employees, millions of dollars are invested in hundreds of local food banks and meal programs. Whether hosting food drives, raising funds at the checkout, sponsoring a local event or making a donation, Sobeys employees are inspired to make a difference.

The response to the need for increased food security is as diverse as the communities Sobeys serves. In Western Canada, for example, more than eight million meals were made possible in 2016. In Atlantic Canada, an innovative pilot has launched that will result in fresh food becoming more accessible for local food banks.

A common link across the company, regardless of the province, is the grassroots response by franchisees, store managers and fellow employees. People like Jim MacGregor.

In Stratford, Jim canvasses local businesses, banks, churches and schools, telling them about the food drive and enlisting help in getting the word out. He’s chosen young people, including members of his staff, to lead teams going door-to-door collecting donations. His staff has packaged ready-made bags – decorated by local school children – to make it easy for customers to donate. There are radio announcements, banners, posters, media interviews and staff huddles. Nothing has been left to chance.

Days of torrential rain have kept customers away and has made canvassing door-to-door miserable. But Jim is undeterred.