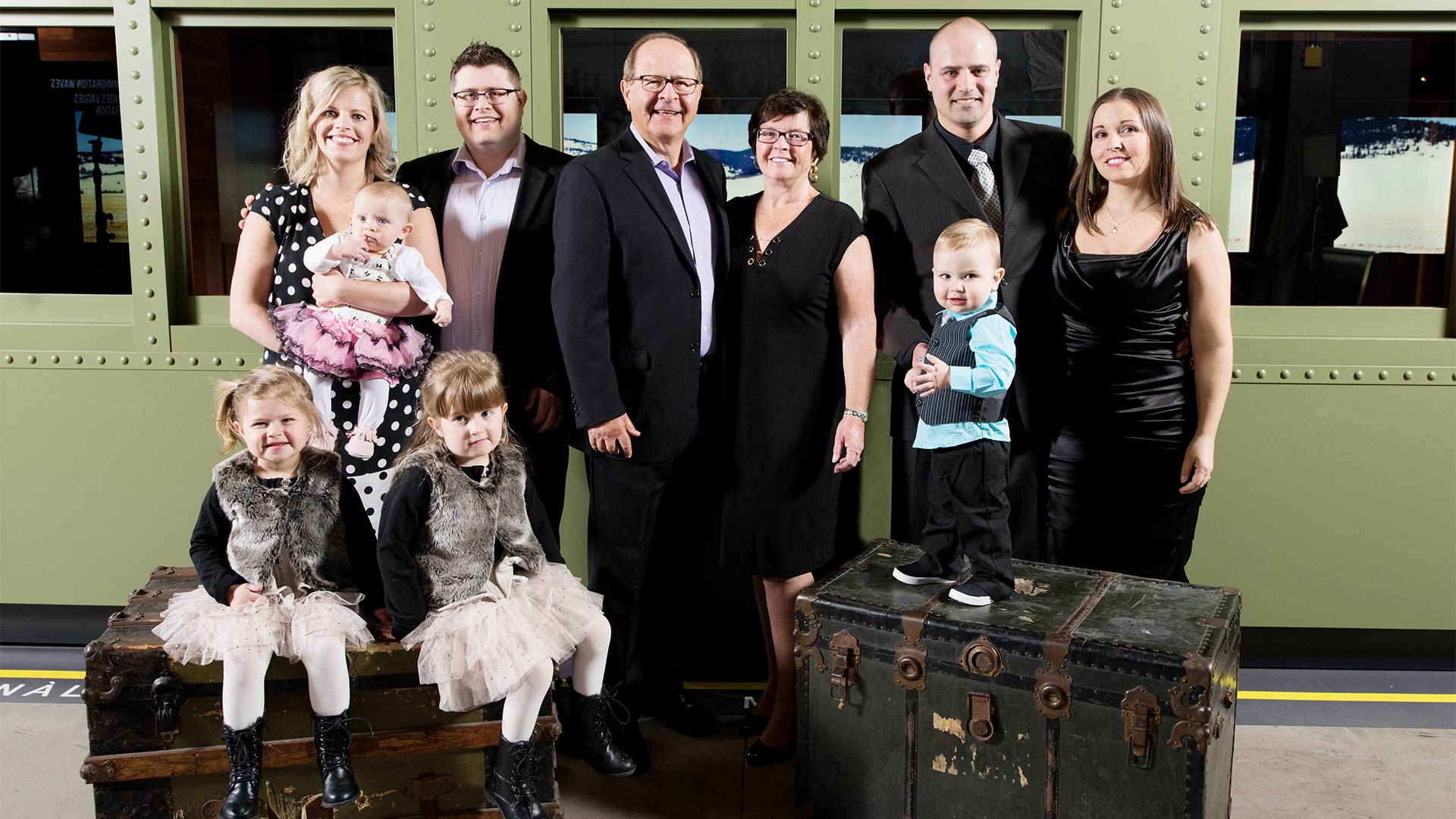 "My family came to Canada looking for opportunity. Because of Sobeys, I’ve lived that opportunity." 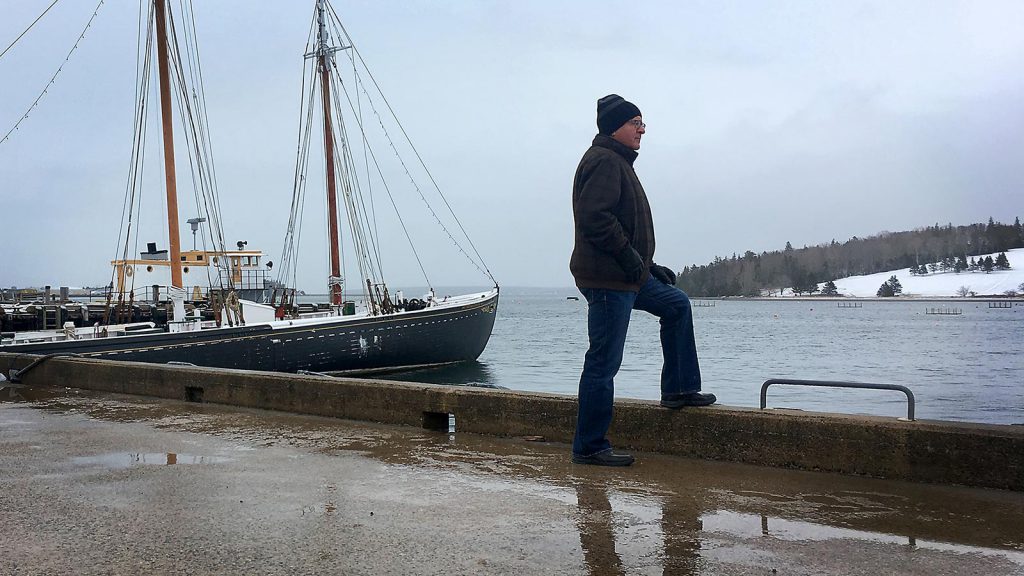 Sam Bartucci stands in front of a brick wall as the late afternoon light flickers across his face. Although surrounded by his family, Sam seems far away, his mind elsewhere. His gaze is fixed on a metal plaque: Cesare, Agata, Sam e Ernie Bartucci.

Anonymous names to onlookers but to Sam those names – that plaque at the Canadian Museum of Immigration at Pier 21 in Halifax – represent everything he’s accomplished in his life.

Sam is the first one to admit he’s a lucky man. “I’ve lived a charmed life,” he says. Newly retired from his position as General Manager of Western Canada, Sam looks forward to golfing in Arizona, travelling with his wife Lorna, and spending time with his daughter Kelly, son Chris and his four grandchildren in Alberta.

It’s a lifestyle and a life that Sam doesn’t take for granted.

Sam arrived in Canada on June 9, 1959 from Southern Italy. He was eight years old and travelling with his mother Agata and younger brother Ernie. After passing through immigration at Pier 21, they boarded a train to Toronto to be reunited with their father, Cesare, who had immigrated four years earlier.

“I remember pulling into Union Station in downtown Toronto,” says Sam. “And we’re getting out and there’s my dad. He comes over and he grabs me and my brother. And my brother says ‘Who’s this?’ And my mom says ‘It’s your dad.’” 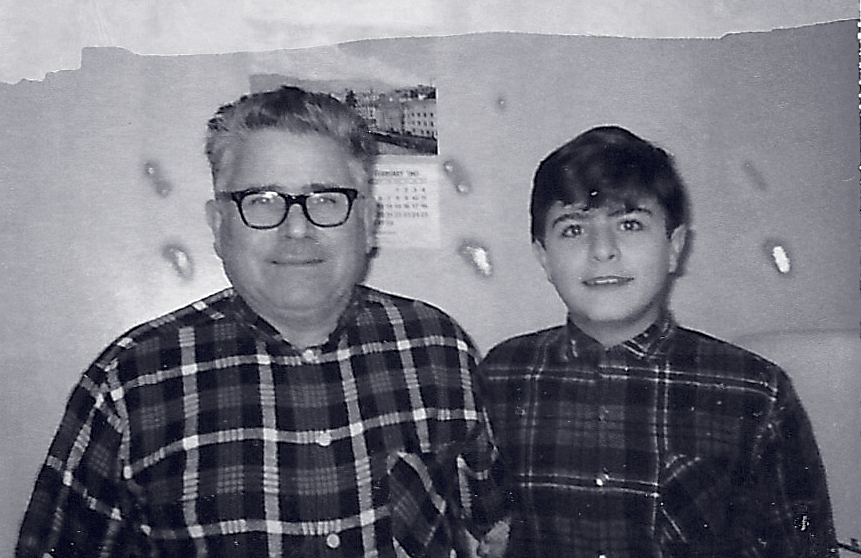 Sam Bartucci and his father, Cesare, at their home in Toronto in 1967.

The Bartucci family settled in the city, living above an Italian grocery store for the first four or five months. “It was kind of a rooming house because it was one bedroom. You had to share a washroom with three or four or five strangers.”

By November Sam’s parents were able to borrow enough money for a downpayment on a house where they settled and brought up their boys. “My parents were honest, hardworking people,” says Sam, his pride evident.

Sam started with the Oshawa Group in 1981, working his way up to vice-president of finance. In 1998, the Oshawa Group was acquired by Sobeys and a few years later, Sam became General Manager of Western Canada.

Sam shakes his head slowly at the memory. Even now, almost five years later, it remains one of the proudest – and most humbling – moments of his career.

The response of the crowd doesn’t surprise his son Chris. “My dad’s very trustworthy,” says Chris, Director, Merchandising & Marketing – Community Banner at Sobeys. “I’ve heard that from everyone. If my dad says something, you know it is so.”

Sam’s reverie in front of the brick wall is broken by the sounds of his grandchildren laughing. “My grandson put his finger right on this brick,” says Sam, pointing to his family’s plaque on the Sobey Wall of Honour.

Sam’s visit to the museum has brought him full circle. Newly retired from a successful career, surrounded by his family and standing on the very spot where he first set foot in Canada almost 60 years ago, Sam sees both his past and his future clearly.

“I remember my mom getting mad at me because I ran down the plankway ahead of her and she was so nervous of us falling in the water,” says Sam. “We couldn’t swim, had never been to the ocean. I remember running because in my mind I thought I was going to meet my dad right away, not realizing that Toronto was a two-day train ride.

“It’s so personal,” says Sam, his voice choked with emotion, his gaze directed at the ocean that had seemed so foreign in 1959. “In my heart, I’m still that eight-year-old boy. It just never leaves you.”

And since Sam Bartucci says it, we know it must be so.