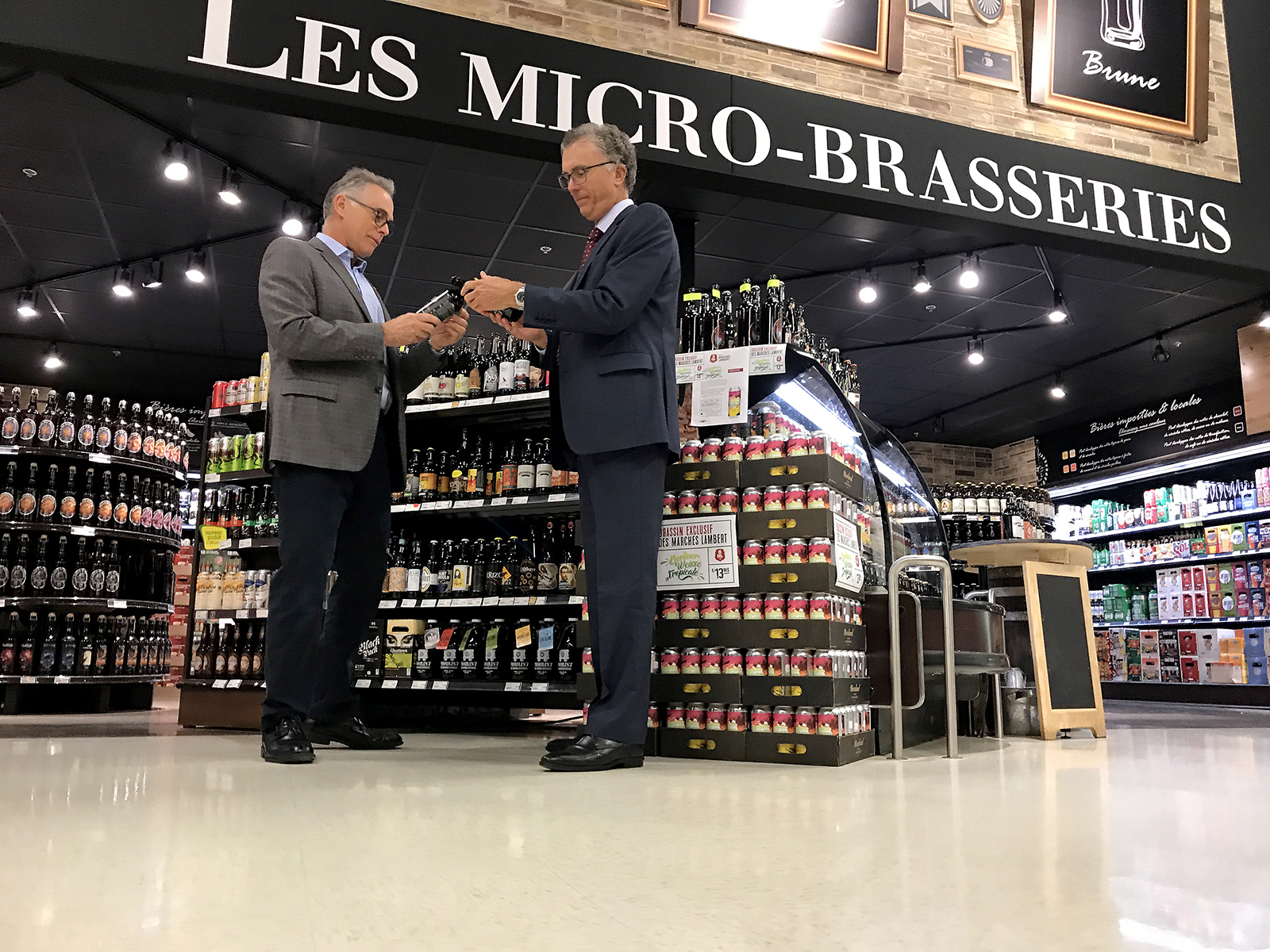 “The grocery business is full of colour, it’s full of smells. You socialize with the customers; you get to see a lot of people. It’s non-stop, the flow of customers. It has always fascinated me that every day, people come to us with new stories and new needs” 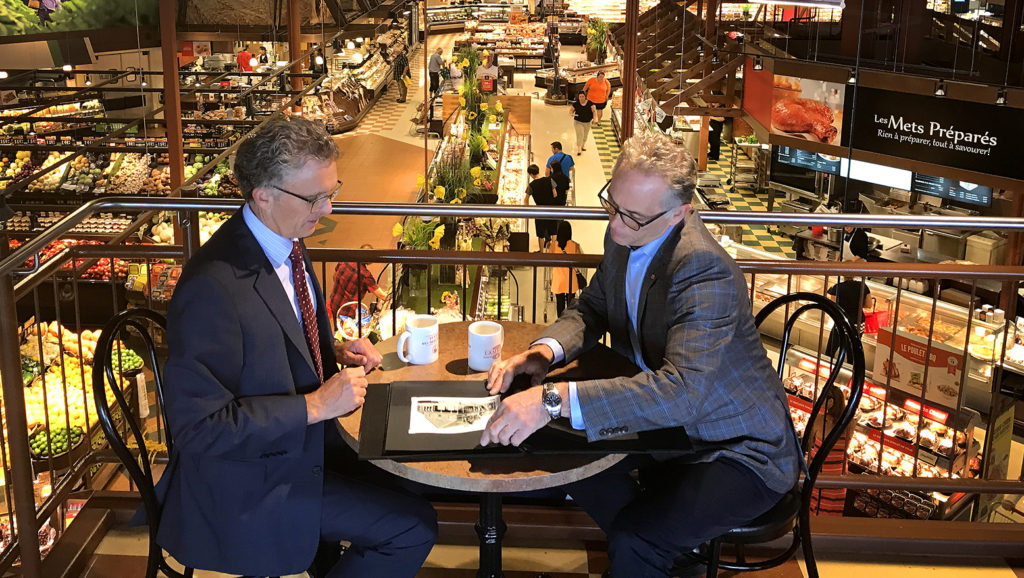 “Les Marchés Lambert!” an elderly woman says excitedly, motioning to her companions to come closer. On the counter of a photo supply store on Montreal’s South Shore are decades-old black-and-white photos showing grocers, signs and buildings.

The women gather around, discussing the photos animatedly. “It is so beautiful,” one woman says, clearly delighted at having caught a glimpse of the past. Such is the allure of Les Marchés Lambert, a mainstay of these suburban communities for close to 150 years.

Aimé Lambert opened a general store in 1873 in Saint-Basile-le-Grand, eventually expanding his business to the current total of six supermarkets along with convenience stores and gas stations. Along the way, the Lambert family earned the respect of their customers and neighbours for their commitment to providing quality local food and for supporting their communities.

It is a story that echoes that of the Sobey family whose values of supporting local suppliers and providing for neighbours hasn’t changed in 110 years. As it is with Sobeys, the beating heart of Les Marchés Lambert is a multi-generational family committed to the original vision of the founder. For almost three decades now, brothers Bruno and Luc Lambert — fourth-generation grocers — have been guiding this business built on a combination of perishable food and imperishable values.

Fostering lasting relationships with customers and staff alike is paramount for the Lamberts. “I think that in order to be successful in business, that rule and that value of respect is inescapable if you want to be in a position of create a work atmosphere that is conducive to learning,” says Luc. “ …. All of our employees find themselves in a place where they feel comfortable seizing the initiative, taking risks, and even if they make mistakes — well, it’s not that bad.”

As for customers, keeping them happy involves a continuous process of renewal and re-evaluation of how his business stacks up compared to his competitors’, says Bruno. It’s called differentiation. Delivering it every day is the product of hard work, but it also comes naturally for a man who clearly thrives on all the action and interaction involved in retail.

“The grocery business is full of colour, it’s full of smells. You socialize with the customers; you get to see a lot of people. It’s non-stop, the flow of customers. It has always fascinated me that every day, people come to us with new stories and new needs,” says Bruno.

“The food business is all about starting over. You can create a beautiful display all you want, the next morning, you have to begin again because you have sold all your product. The nicer it looks, the quicker it sells, the happier you are about it, the more frequently you have to start from scratch.”

To say that the Lambert brothers know the business inside out is an understatement. The truth is that it’s all they have ever known, really, apart from a brief interlude when they both pursued their studies. They grew up working in their parents’ store from the age of six onwards, doing all sorts of jobs from sorting bottles to bagging groceries.

In fact, they lived in the same building as their parents’ grocery store until Luc turned 10. By the time he was 27, he was in charge of the business along with Bruno, as their father was reaching retirement age.
Through the years and despite the many changes that the industry has experienced, Les Marchés Lambert have never lost their homegrown feel. They have the air of a community gathering spot that harkens back to their roots. It’s not unusual, for example, to see a young employee with his paints and brushes in the café above the store, practising his art as the scent of freshly roasted coffee fills the air.

But the picture of Les Marchés Lambert would not be complete without talking about their contributions to the community. The stores are major supporters of La Fondation Charles-Bruneau, a charity that is dedicated to improving the lives of kids with cancer in Quebec, as well as furthering research. During annual fundraising drives across the IGA extra chain in Quebec, cashiers solicit donations to the cancer foundation. There is also a charity bicycle ride sponsored by IGA — Bruno is an avid cyclist — that combines a family outing with a good cause.

That’s not all. The Lamberts are also heavily involved in supporting la Fondation Mélio, which seeks to improve the quality of life for 5,000 children with handicaps or motor-skill or language impairments. Luc’s son, who suffers from cerebral palsy, underwent treatment at the Sainte Justine pediatric research hospital for 20 years and Luc was a frequent visitor there. Now he is giving back to the hospital foundation.

Chances are this fine tradition of serving a community and reinvesting in its welfare will continue, for the fifth generation of Lamberts has now joined the business. Bruno and Luc each have a child working in the store, learning the ropes but also, no doubt, bringing a new perspective and their own innovative ideas to the table.

“We hope to replicate, in the coming years, what my great-grandfather, what my grandfather and what our parents managed to do — and that is to pass along this business to our children,” says Luc. “That’s our dream.”