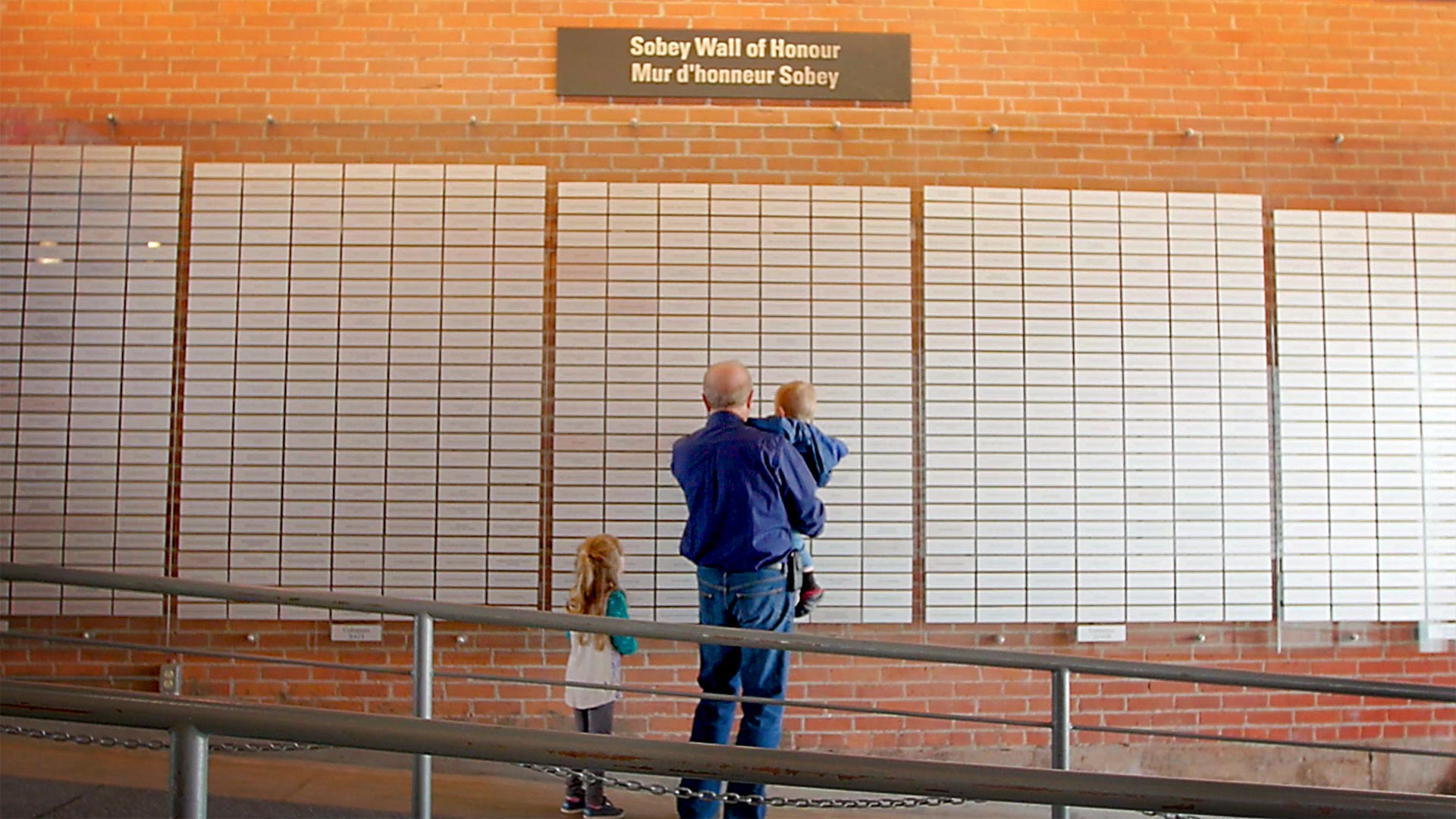 Sobeys and Pier 21: A partnership to honour your story

“The strength of any organization is the people involved.”

Sobeys has grown into a national grocery retailer because of our people. Our success over the past 110 years is as much your story as it is ours. It’s a story that deserves to be told.

The Sobeys 110 celebration is about much more than a company; it’s also about honouring Canada as it celebrates its 150th year. It’s striking how the story of Sobeys mirrors the story of our nation: built from east to west over the course of more than a century. As Canada grew, Sobeys grew, feeding Canadians and building communities.

Behind this growth are the remarkable stories of co-workers and neighbours. For many, these stories reach back to another country. Canada has been profoundly shaped by immigration. For many, that journey passed across the floors of Pier 21, a brick building perched on the historic Halifax waterfront that served as the gateway to Canada for one million immigrants between 1928 and 1971.

Pier 21, its stories and its history have been preserved thanks in large part to the support of The Sobey Foundation. The Sobey Wall of Honour, for example, greets visitors with row upon row of bricks inscribed with the names of families and individuals who have passed through its halls. Reaching two storeys, the wall is a potent reminder of our past and serves as a tribute to the stories of sanctuary, courage and hope contained within Pier 21.

The Canadian Museum of Immigration at Pier 21 is also entrusted to share the larger story of immigration to Canada, from first contact to present day. In part because of the philanthropic support from the Sobey Foundation, the museum has become the place Canadians can explore our shared history as a nation shaped by immigration and the contributions newcomers make to Canada.

Our proud support of Pier 21 is borne out of admiration for the immigrant experience, no matter where it played out. In our 110th year, it’s also an opportunity to get to know you better and, in turn, to help you learn about your co-workers and neighbours. It’s a recognition that all of us have a story to tell.

We hope you will spend time exploring Sobeys’ story and the stories of your co-workers. And when you are ready, click on the Tell Your Story Now link to be taken to Pier 21’s microsite where you’ll be guided through the process of telling your own story or sharing a treasured family recipe.

We invite you – the people who have built Sobeys and Canada – to add your voice to Pier 21’s national story collection where it will be preserved and cherished for generations to come.