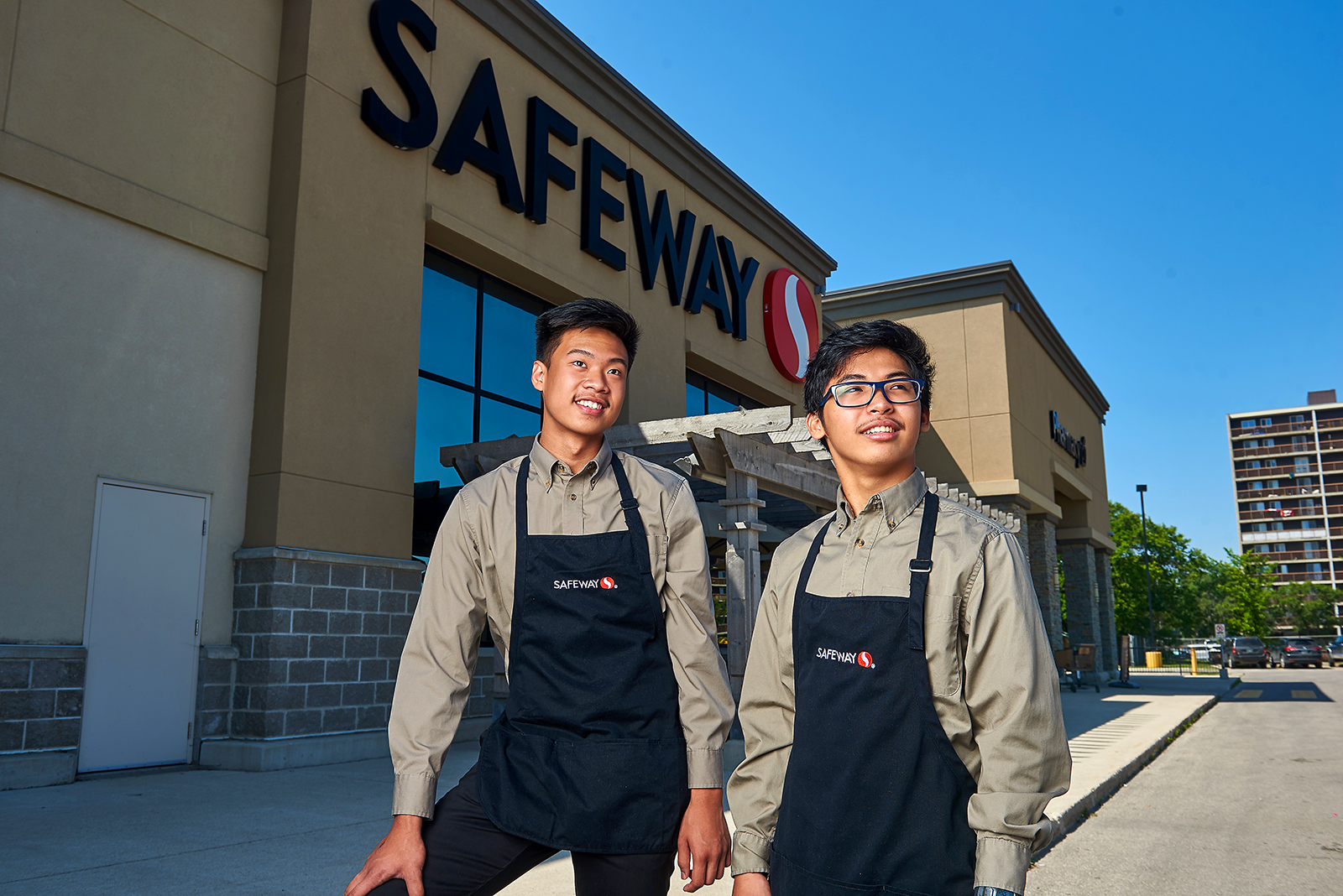 “Diversity is very, very important to us, as a store and as a company.”

Safeway in Winnipeg needs workers and wants to give back to the community. Two immigrant teenaged boys want jobs and to learn new skills. Enter NEEDS, the Newcomer Employment and Education Development Services program and its partnership with Safeway.

At its Madison Square store, where about 160 full- and part-time employees work, Safeway’s staffers come from all over the world, reflecting the surrounding communities in a city that, like so much of urban Canada, is a cultural mosaic.

Customers at the Madison Square Safeway have been served this summer by a couple of enthusiastic young men sporting name tags identifying them as Andrei Caymo and Dexter Tresquio.

They are friends. But the pair have more in common than liking the same bands, sports and subjects at Winnipeg’s Saint James Collegiate where they were Grade 11 classmates this past year. Or, for that matter, a common ambition to someday become doctors.

A year ago, the boys were living in different cities in the Philippines – Dexter is from Imus and Andrei lived in Manila City. Now, after immigrating to Canada with their families, Andrei and Dexter are spending the summer participating in a Safeway-supported program designed to give young, new Canadians valuable experiences and skills for work and life.

“This is a stepping-stone for me,” Andrei says of the Newcomer Employment and Education Development Services (NEEDS) program.

It is hard for anyone starting out life in a new country. But particularly for teenagers, facing the challenges of their formative years in a place where the culture, the language, even the weather is so different from what they left behind. 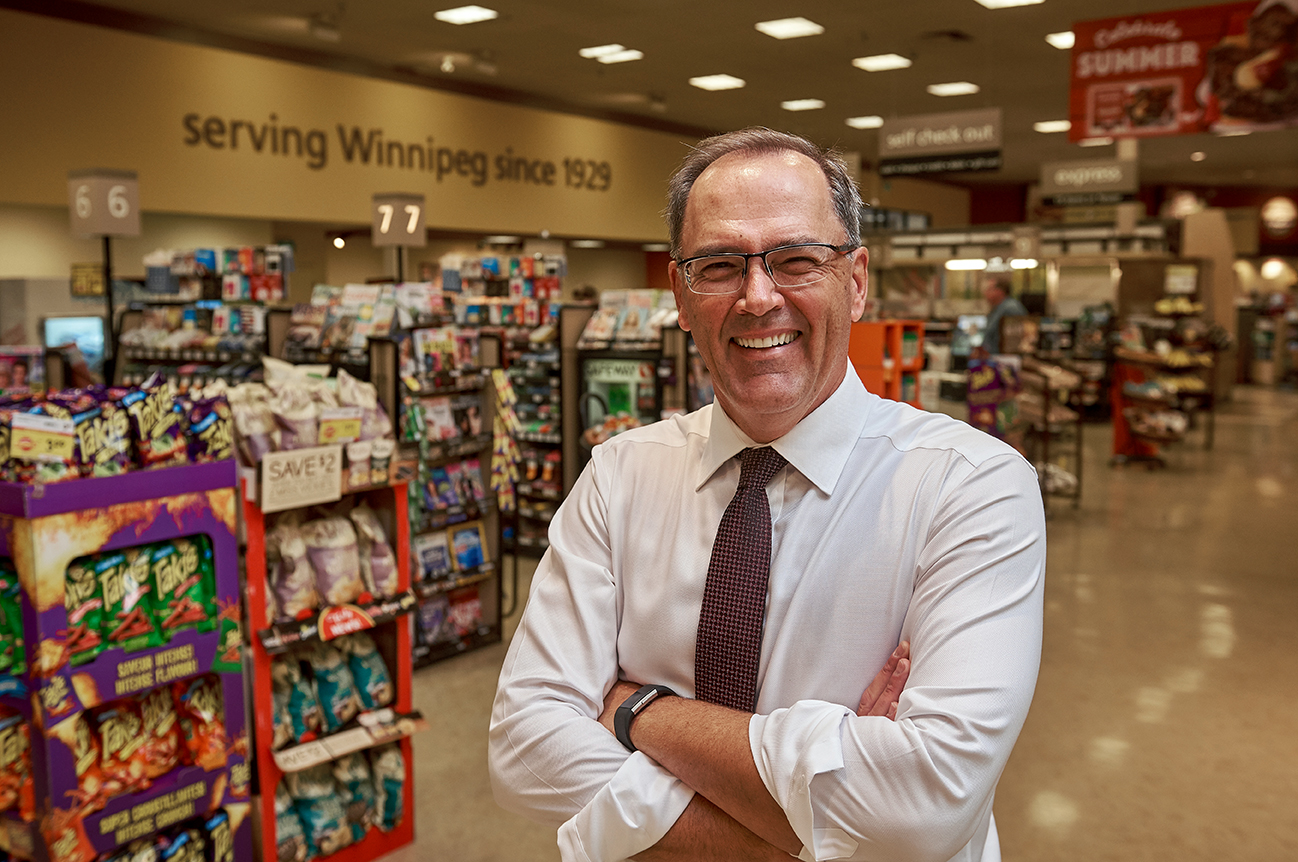 “Diversity is very, very important to us, as a store and as a company,” says manager Paul Miller.

This isn’t just some corporate mantra.

In Manitoba, Safeway does its bit to try to ease the burden for young newcomers. The vehicle is NEEDS, a non-profit charitable organization that has been providing support and programming to immigrant and refugee children and youth for 18 years out of the 110 that Safeway’s parent company, Sobeys Inc. has been supporting local, stressing community and putting employees and customers first.

The NEEDS program also epitomizes the value that Sobeys places on immigration. In recognition of the role new Canadians have played in helping to build the company – and Canada – The Sobey Foundation continues to make generous contributions to the Canadian Museum of Immigration at Pier 21 in Halifax.

It was there that generations of immigrants arrived in this country and while Pier 21 is no longer the first point of entry to newcomers, support from the Sobey Foundation ensures that its history will not be forgotten.

Now, along with its role in the creation of Pier 21, Sobeys supports new generations of immigrants by offering jobs through programs like NEEDS. In the past decade, Safeway has helped more than 100 students from countries such as Mali, Congo, Nigeria and Afghanistan go through the program. This year, province-wide, 10 more students will participate through positions at Safeway stores.

Paul hired Andrei and Dexter after interviewing 32 applicants. Andrei, Paul said, spoke great English and “had a real sense of urgency to him.” Dexter, on the other hand, was “very polite and well dressed” and made his goals abundantly clear: To gain work experience and to develop his communication skills in a diverse workplace. 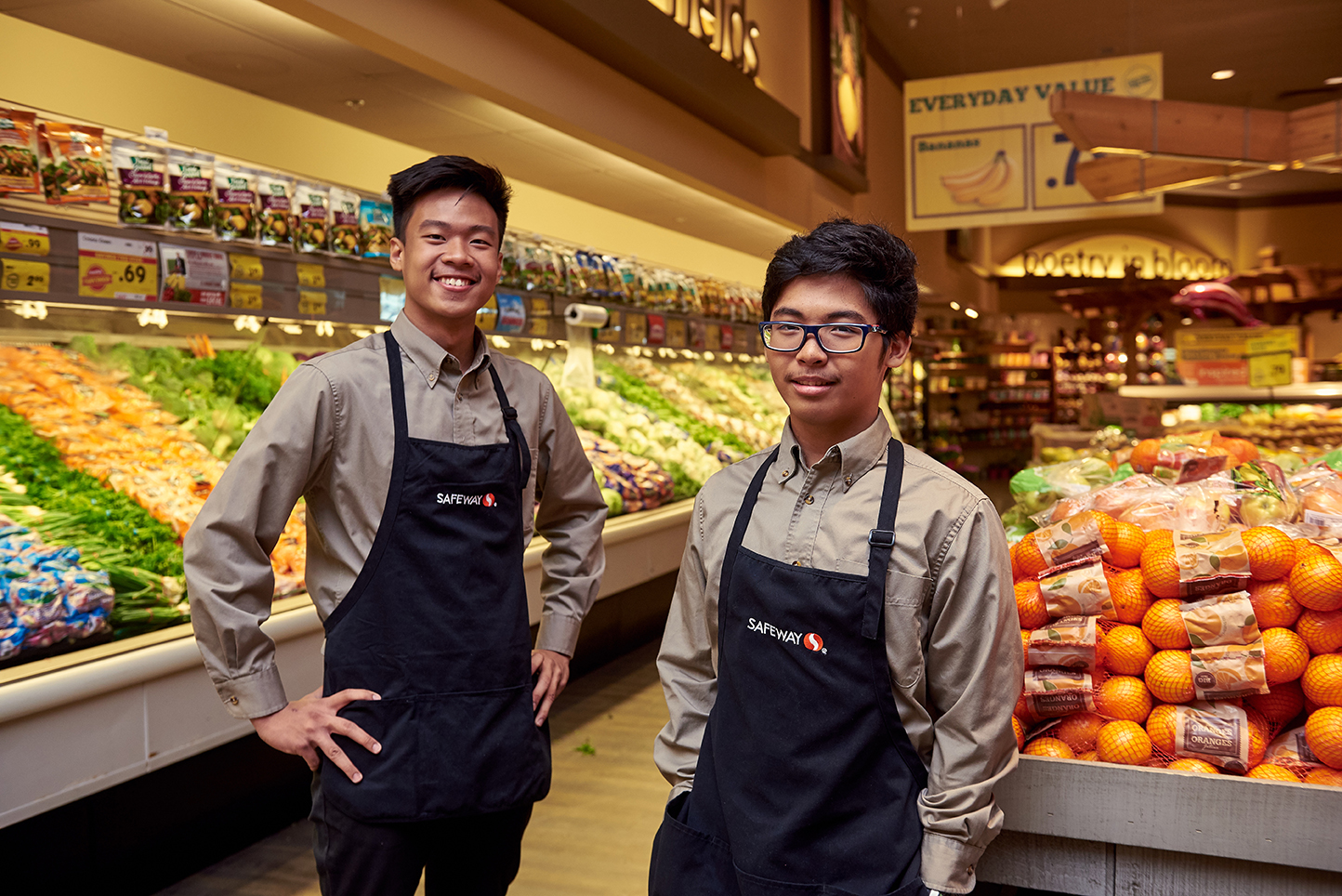 “It left me very excited,” said Dexter, not long before he and Andrei started their summer on the Safeway floor. “I think we’re going to learn so much here.”

That’s a given. They’ll be just like anybody else at Madison Square; bagging groceries, stocking shelves, replenishing the produce, stacking carts, maybe even working the cash.

Everybody wins with the NEEDS program. Safeway adds new, ambitious employees to the workforce; it also gets the warm fuzzy feeling that comes with doing something nice, not because it impacts the profit margin, but because it is simply the right thing to do.

The participants, many of whom haven’t held down a job before, benefit too. The Safeway experience provides just the kind of start that young people, growing up in a family that moves thousands of miles for a better life, dream about.